Not everyone has a supply of any kind of fresh broth or stock hanging around in his or her refrigerator—not even professional chefs.  I simplify many of my recipes for the home chef by recommending either prepared broths or stocks or, preferably, using concentrated flavor bases.  What they lack in flavor and authenticity they make up for in convenience.

Technically, bouillon is a flavor base in solidified powder form.  I seldom use it, or any other form of powdered flavor base—they are usually salty, MSG-laced concoctions that make food taste like hospital or cafeteria food from a Third World country.

When fresh stock or broth isn’t readily available I prefer using flavor bases that are pastes.  Most flavor bases in paste form sold at local grocers don’t contain MSG, touting that they are made with “All Natural” ingredients…and, oddly enough, they are made with mostly natural ingredients—beef stock, herbs and spices—as well as a few unnatural-sounding ingredients that are usually harmless—though dubiously natural– thickeners and coloring.

Other than convenience, another advantage of using a flavor base paste is that you can regulate the flavor strength of your stocks or broths.  Moreover, it is more economical than buying the canned, prepared versions of broths and stocks.  A jar of flavor base paste costs about twice as much as one can of prepared broth or stock, but it yields up to eight times more in volume.  A better buy, overall, but certainly not the best alternative when making Bordelaise sauce.

Bordelaise sauce gets its name from the Bordeaux region of France, famous for its red wines.  Using a good, dry red wine from anywhere else is fine, provided it is a good wine.  Although I’ve spent a few paragraphs touting the virtues of flavor base pastes, this sauce has a richer flavor when made with a fresh, homemade beef stock.  It’s easy to make and is best made a day or two in advance, allowing at least twenty-four hours of refrigeration for the fat in it to separate from the stock.  I save the fat—which forms a “cap”—on top of the stock, using some of it as a replacement for butter when making the roux (flour & butter) to thicken the sauce at the end on cooking the sauce.

To begin making your stock, preheat your oven to 350*.  In addition to a 2 ½ to 3 gallon stainless steel pot you will need:

Put the bones in a large mixing bowl and pour the tomato paste and oil mixture over the bones and, using your hands, thoroughly coat the bones with the mixture.

Lay the bones out in a roasting pan and put into the pre-heated oven.  Cook the bones for 1-1 ¼ hours in the oven.  If the bottom of the pan begins to burn or the bones begin to stick, add a little water to the pan to “deglaze”(using liquid to dislodge solids from the cooking surface) the pan.

After 1-¼ hours has elapsed, pull the pan from the oven and pour more water into the pan to further deglaze the pan.  Put the bones and any liquid in the pan into the 2 ½-3 gallon stock pot and add the remaining ingredients, adding enough water to fill the pot to within an inch or two from the top of the pot.  Bring to a full, rolling boil on your stovetop and reduce the heat to a simmer.

At this point it’s a waiting game.  The longer you simmer the stock, the more the water will evaporate; the more the water evaporates, the more concentrated the flavor of the stock becomes.  Usually, when the liquid has boiled down to within two or three inches above the top of the bones it has reached an acceptable level of flavor and consistency.  Given this guideline, a larger pot is better because it will yield a more concentrated flavor because it has cooked longer, though roughly yielding a similar portion as the smaller pot.  It does, however, take a long time…all depending on the accuracy and strength of your burner on its lowest setting. 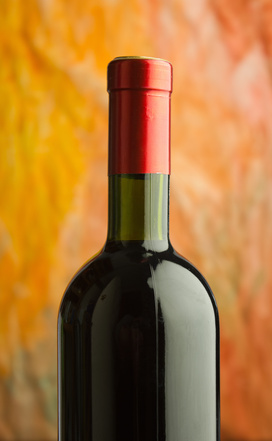 When you believe the stock is done, allow it to cool about ½ hour.  Remove as much of the bones and vegetables from the stock as you can with a pair of tongs.  Pour the stock through a medium wire-mesh strainer into another container and allow the stock to cool further to room temperature.  Seal the stock tightly when it has cooled and refrigerate for at least 24 hours.

After anxiously awaiting a full day to use the stock, it’s time to make the Bordelaise sauce.  You will need:

Put the wine, shallots, bay leaf and tarragon into a 3-quart stainless steel saucepan.  Bring it to a boil and reduce to a simmer.  Simmer it until all but a tablespoon or two of the wine remains.

Add the beef stock and freshly ground pepper.  Return to a boil and, again, reduce to a simmer.  Simmer for about a ½ hour.

While waiting for the sauce to finish simmering, make a roux by combining the melted butter (unless you have chosen the more flavorful alternative of two Tablespoons of melted beef fat) with the three Tablespoons of all-purpose flour, using a thin wire whisk, blending until smooth.

When the sauce has simmered for a ½ hour, slowly add the roux—a little at a time & while stirring in a figure-eight pattern with the wire whish—until the sauce begins to thicken.  If I’m in a hurry, I’ll use all of the roux in order to thicken the sauce quicker.  Usually, it will thicken with half of the roux that this recipe calls for, provided you stand over it stirring it frequently for ten or fifteen minutes.  Whatever you choose to do, is up to you—just be wary of the lumps that may form from the flour clotting…you’ll want to whisk them out.

And, there you have Bordelaise sauce with “stock options”.  This will keep in the fridge for four or five days.  As mentioned, it’s great on any kind of steak, particularly on grilled flank steak served as London Broil.  But, if grilling season is done, it’s great to serve as a sauce for a snazzed-up hot roast beef sandwich, or as a wonderful finishing sauce to sautéed beef tips with mushrooms.  It’s great on mashed potatoes.  More recipe ideas using this delightful sauce are forthcoming.